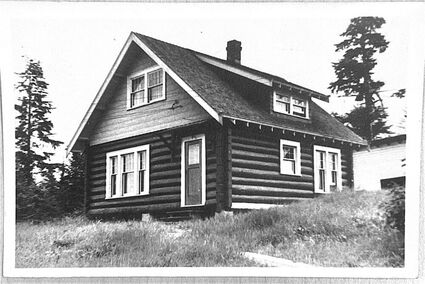 Pictured above is how Jim and Edgars' home originally looked.

Jim and Alisa Edgars may own the log cabin on N. Nordic Dr. just before the street turns into Sandy Beach Rd., but the house was built by Carl Roger nearly 100 years ago.

Roger, originally from Sweden, completed construction on the house in the early to mid-1920s, said his granddaughter, Jean Curry. He lived in the house with his wife Elizabeth Roger until his passing in 1958. Curry said some of her favorite childhood memories are from spending time in that house with her grandfather and grandmother, who she called Big Benna and Little Benna.

"I just have very fond memories of being out t...