The Edgars make a nearly 100 year old home their own 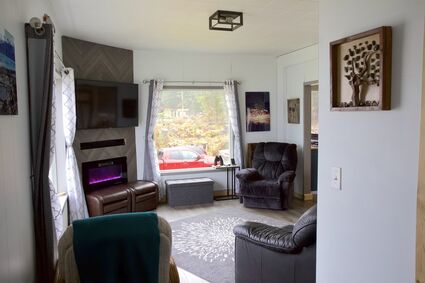 In the living room are large windows giving a scenic view of the surrounding area.

The day after he got married on Oct. 12, 2016, Jim Edgars was in town running errands before leaving for a Hawaiian honeymoon when the house he had always wanted to live in went on the market. He quickly told his wife, Alisa Edgars, about the house.

"He came home through the roof, saying the Olsen house was for sale," said Alisa. "He had always wanted to live there, so we called the realtor and dropped off a check."

Jim grew up a couple doors down from the house and played in the surrounding trees.

Jim and Alisa spent their honeymoon relaxing on the beach and negotiating a price on their f...