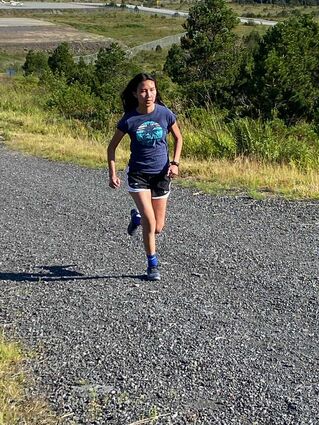 Alexus Sakanoto-Quezon trains for the upcoming cross country season in the summer heat.

"Well we've only been in it for a week, but it's amazing because despite the small numbers, it's a really dedicated group," Head Coach Tom Thompson said.

While only a handful of students are currently training with the team because of vacations and fishing, the full team should number anywhere from 12 to 20 students, including three seniors, during the season according to Thompson.

"It's a nice group, it's a good way to start the school year.," Thompson said. "I feel really lucky because it's such a...