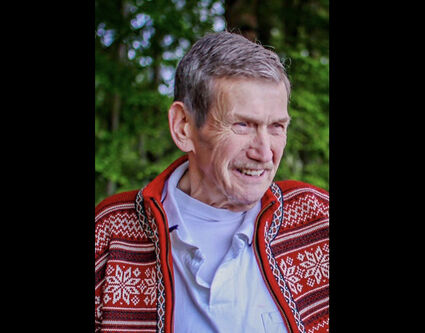 Lifelong Petersburg resident Jerald (Jerry) Alan Kvernvik, 82, passed away peacefully in his home surrounded by loved ones on July 22, 2021.

He was born in Petersburg, Alaska, January 15, 1939 to Anna (Mathisen) and Marvin Kvernvik, the oldest of three children. He attended school and graduated from Petersburg High School. He always said he graduated in 1957, 1958, and 1959 - but only his friends would know why that was.

He had many great hunting stories with friends (and pictures to prove it) of trips to Castle River in Duncan Canal at the home of his uncle Sig Mathisen and up the Stikine River to the "Petersburg Cabin."

He joined the army in February 1959 with his good friends, John DeBoer and Ralph Guthrie and was stationed in Germany for 18 months. While on leave he was able to visit family in Norway.

His work career after the military started off with working for the city at $2.50 an hour. In the late 1960s he joined Bob Day at South Coast building roads. In the 1970s he joined his friend Jim Martinsen with Tamico as a crane operator. Then the desire of being home every night with family took hold and in the 1980s he was hired by the State of Alaska Department of Transportation (DOT) plowing snow or trimming roadside brush. He ended his working career as Station Foreman and Airport Manager.

After retirement he built a house and shop with his grandson Brett Lopez at Point Agassiz, along with designer Jim Martinsen. They called their company "Looks Good from the Road," then changed it to "Looks Good from 30,000 feet." His greatest joy was working with and teaching his grandchildren some of his skills and how to "Jerry rig" anything.

Jerry is preceded in death by his son Keith Kvernvik.

In lieu of flowers, buy a dog some treats.