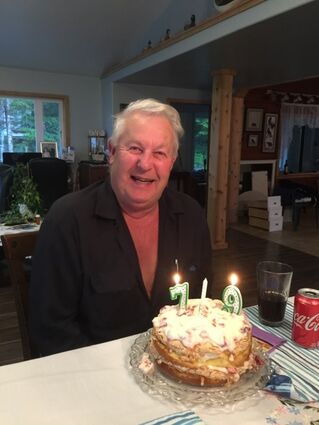 Palmer Haakon Thomassen Sr., 79, of Petersburg, Alaska, passed away suddenly on July 19, 2021 from pneumonia due to COVID-19 in Anchorage, Alaska.

He started fishing on his father's boat at the age of 14 and from there worked as a carpenter, logger, owned Little Toot Construction, the F/V Sabra Raean as a troller, and worked for the City of Petersburg, a true Jack-of-all trades.

In his retirement he traveled, owned a boat repair and washing company called PT Bottom Wash, and worked on the RB. He was so pleased with his last fishing job setting crab pots and was proud of himself for keeping up at his age.

Funeral services will be held at 8:30 am on Sat., Aug. 28, 2021 in Petersburg with Father Bill of Saint Catherine of Siena Catholic Church officiating. Burial will follow at Petersburg Memorial Cemetery. Internment will also include Patricia "Patty" Louise (Sather) Thomassen and Ky Michael Thomassen.

In lieu of flowers, the family requests you get your COVID vaccine if you haven't already.