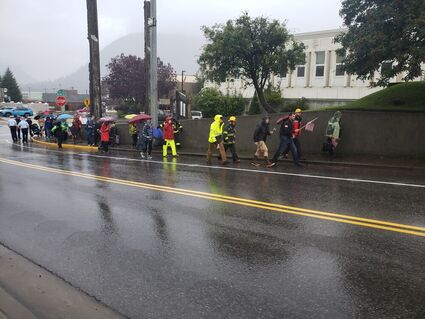 Marchers walked along Haugen Drive in remembrance of 9/11.

First responders, veterans, and members of the community memorialized the 20th anniversary of the September 11 attacks on Friday and Saturday.

The events commemorated the 2,977 innocent lives that were lost on September 11, 2001 when planes hijacked by members of the terrorist group al-Qaeda crashed into the Twin Towers of the World Trade Center, the Pentagon, and a field near Shanksville, Pennsylvania.

A fire truck was parked outside the school with a flag of the United States draped across the back of it as small flags were distributed to students leaving on Friday by veterans, firefighte...