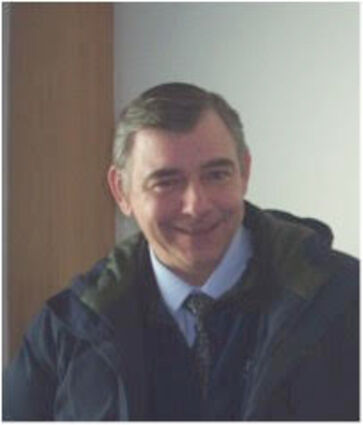 He was born in Highland Park, Illinois on Aug. 1, 1965, to Istvan Toth Sr. and Mary Toth. After his birth, the family moved to Chicago, where he lived for the first part of his childhood.

After graduating from Wilmot Junior High, he went overseas to Ireland and attended the Royal Caravan School for four years and graduated high school there. Afterward, he moved back to the states, and then on to Petersburg, Alaska. Due to educational differences between the U.S. and Ireland, he had to complete high school again at Petersburg High School.

Upon graduating, he went on to work at Icicle. After working there for 15 years, he continued on at Fish and Game for a short period of time until he got into North Quest. During that time, because of his hard work and trustworthiness, North Quest asked Steve to work overseas in China during the winter and to come back to Petersburg in spring until the end of the summer fishing season. This process was repeated each year.

Steve enjoyed going to work and always gave one hundred percent of his energy to what he was doing. In addition, he always had a big heart and constantly tried to help others succeed at their jobs. After working a few years in North Quest, Trident bought the company and Steve was transferred to Trident to work for them.

In late 2004, he was still going to China during the winter. It was then that he met Jessica, whom he married in 2006. They established their home in China, and both of their children, Sean and Maria, were born there. In April 2013, when Sean was age six and Maria four, Steve moved his young family to Petersburg to enjoy the benefits of American education for the children.

Steve had a life-long passion for traveling, going to many different places around the world. He loved different cultures and traditions, constantly tried out different foods.

A Celebration of Life will be held at the First Presbyterian Church, 206 Haugen Dr., on Sat., Sept. 18 at 2:00 pm. Those who wish may bring finger-food to share. Masks are strongly encouraged due to limited space.