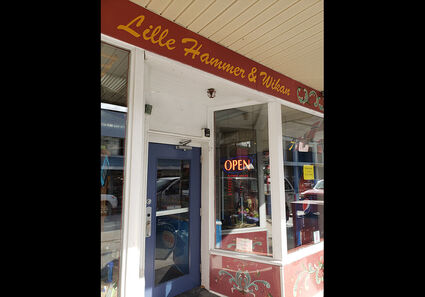 The Hammer & Wikan Convenience Store now has its open sign on and its doors open.

The Hammer & Wikan Convenience store celebrated its reopening Thursday after three months of being closed.

To commemorate the store's reopening, the first fifty people to enter the store received a free mug developed for the 100-year anniversary of Hammer & Wikan.

"The reason why it's extremely important to reopen is because it's the original store," Hammer & Wikan General Manager Jim Floyd said.

The store, which started out selling dairy products and groceries, was the first store built by John Hammer and Andrew Wikan and Floyd said it was important to the company to maintain...