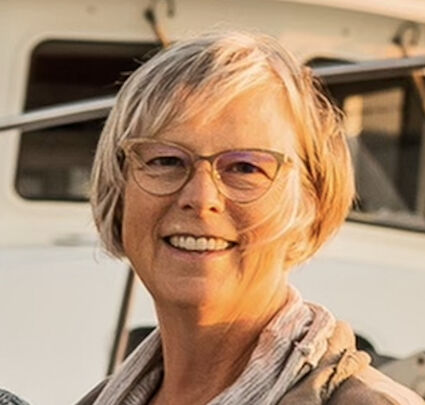 Born in Detroit, Michigan on March 28, 1960, Mary Ann attended Redford High School during which time she swam competitively and rowed for the Detroit Boat Club. She chose to spend her senior year with the American Field Service (AFS) in Salzburg, Austria. Her Austrian family and their subsequent three generations, shaped Mary Ann's love of travel and appreciation for other cultures which she instilled in her children. The movie, The Sound of Music, was filmed in Salzburg and Mary Ann considered the song, Edelweiss, her signature piece of music. She graduated from American University in Washington DC with her B.A. in International Affairs as well as her Master's in Organizational Development.

Mary Ann perfected the art and practice of thoughtfulness with her generous spirit and unfailing awareness of the needs of others. She always recognized important moments in the lives of her family and friends through countless thoughtful gestures and acts of kindness. She also had an unmatched ability to throw a fabulous celebration at a moment's notice. Wherever she was, you had the feeling that something fun was about to happen. Her friendships were multi-generational, and she was as giving and thoughtful to her contemporaries as she was to their children and grandchildren.

Her greatest joy was the annual gatherings of family and friends in Amherstburg, Ontario, Canada where her family has been vacationing for nearly a century. Swimming in Lake Erie, canoeing and enjoying family traditions were foundational to her entire life. Mary Ann also shared her limitless love with friends in the town of Petersburg, Alaska where she began life post-college working for Petersburg Fisheries. She visited innumerable times over the years and considered Petersburg her second home.

She is survived by her beloved children, Wesley Erickson and Anna Erickson as well as her parents William and Mary Lou Miller of Detroit, Michigan; brother Andrew Miller also of Detroit; Sisters Martha (Peter) Boudreau of Annapolis, MD, Susan (Jeff) Erickson of Petersburg, AK and Amy Miller also of Detroit, MI.; nephews, Tommie Willis, Skipper Erickson, Britton Erickson and nieces Madeleine Boudreau and Louise Boudreau. Contributions in Mary Ann's name can be made to Petersburg, (Alaska) Public Library or Camp Westminster on Higgins Lake, Roscommon, MI. A memorial bench in Mary Ann's name will be placed in the Evergreen Arboretum in Everett, WA.