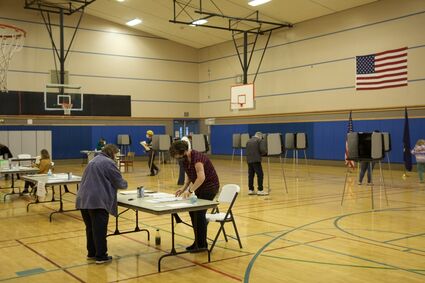 Petersburg residents gathered in the community gym Tuesday to cast ballots in the 2021 Municipal Election.

Petersburg held its 2021 Municipal Election Tuesday and the unofficial results have incumbent Bob Lynn retaining his seat on the Petersburg Borough Assembly and Thomas Fine-Walsh winning his first term on the assembly, succeeding Taylor Norheim after he decided not to run for reelection.

Both seats on the Borough Assembly were for three-year terms. Lynn garnered the most most votes out of all assembly candidates with 703 and Fine-Walsh recorded 589.