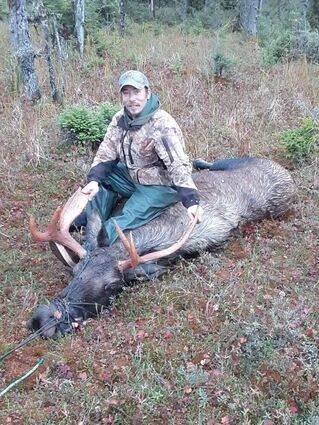 Drake Lyons holds the antlers of a bull he bagged on September 16 near Point Agassiz.

This year's moose harvest has tallied 108 moose so far in Hunt RM038 as of Wednesday according to Petersburg Area Biologist Frank Robbins.

"The current harvest tally is 108 which means we've exceeded 100 in the harvest again, and we have since 2014," Robbins said.