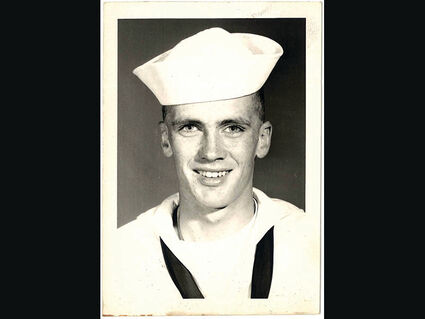 He was born in Seattle, Washington to Ben and Margit Smith on April 5, 1937. He graduated from Petersburg High School in 1955 then went on to two years of college. He decided to join the Navy in 1957 where he served aboard the USS Dynamic and later the USS Lawrence.

Ted returned home in 1967 to work for his dad at Union Oil and later purchased AK Fuel. Ted knew the true meaning of service-before-self as he served his community for 30 years as councilman or mayor, going to Juneau and Washington, DC as needed to acquire support for schools, port expansion, the Four Dam Pool, SE intertie, and SEAPA to name a few major projects.

Ted was a life member of the Moose Club and a member of the Elks Club. He enjoyed all sports and, for years, had a fantasy football team: Coastal Crunch. He loved fishing and hunting and berry picking, especially if he beat the Hofstads to the high-bush cranberries.

A military service will be held at the Petersburg Cemetery at 1 p.m. on Sat., Oct. 16 with a reception to follow at the Moose Lodge.