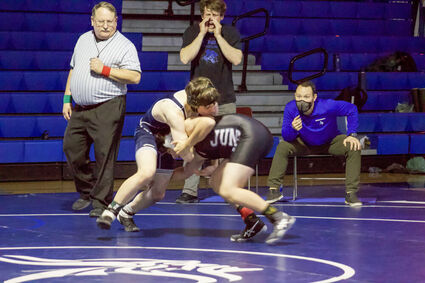 The Petersburg High School wrestling team hosted teams from Juneau, Haines, and Ketchikan Friday and Saturday in their first tournament of the season.

More teams were set to come to the meet including Sitka, Mt. Edgecumbe, Wrangell, and Craig, but were unable to attend due to weather. Though the meet was smaller than expected, Head Coach James Valentine said it was still good and they were fortunate to have the teams that did show up.

"We were able to throw some stuff together and get those kids matches which is the most important part, so with all that being said, it went as well as it cou...