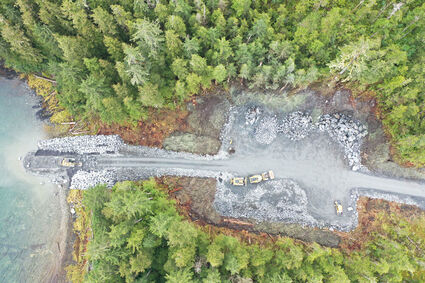 Construction has finished on the Kake Access Road project and the road and boat launch opened to the public October 29 according to Garrett Paul, project manager with the Department of Transportation.

The project improved between 20 to 25 miles of existing roads and added six miles of new roads. It spans a total distance of 42 miles from Kake to the new boat launch.

The total cost of the project was $40 million, consisting of $34 million for the construction contract and $6 million for project development and administration according to Paul.

Due to cost underruns, the crew did more work to...