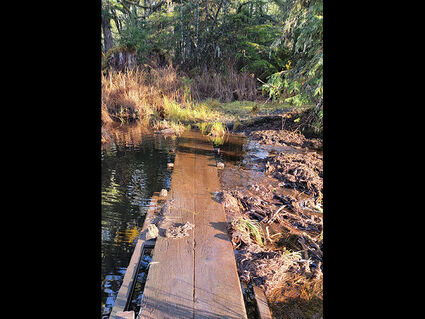 A new floating bridge will be installed at Ohmer Creek, replacing the existing bridge which was built in 1990 and is partially submerged underwater.

According to decision memos released by the USFS and signed by Petersburg District Ranger Ted Sandhofer earlier this month, the three sites include the Blind River Rapids, Crane Lake Trail, and Ohmer Creek.

The first memo authorized the construction of a replacement shelter at Blind River Rapids and the addition of a picnic table.

According to the memo, the current three-sided shelter is not large enough for the number of visitors the site sees an...