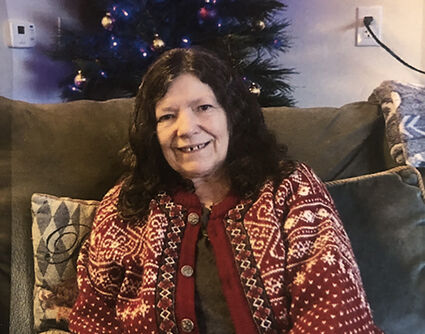 She was born April 27, 1956, to Juanita (Arthur) and Charles Deffenbaugh Sr., in Lebanon, Oregon. Growing up one of five siblings, Tanya was always hard-working, helping take care of her older sister Cathy and whatever was needed of her.

In 1974, she graduated from Sweet Home High School in Sweet Home, Oregon, leaving the very next day with two of her friends, Carleen (Lyons) and Lori (Roberts), heading to Alaska to work in Petersburg. She stayed for a stint and then was back in Oregon working, living, and having her first son, Kyle, born in Springfield, Oregon on March 18, 1981. With Kyle in tow, Tanya moved back to Alaska. She crossed paths with Patrick Lyle Roundtree who she had met during her first stay in Petersburg. They moved to Juneau and falling head over heels for Tanya and Kyle, Patrick wanted to give them both his last name. They were wed June 1, 1986, in Petersburg at the family cabin in Beecher Pass. In Juneau they added Jesse and Patrick Oliver "Ollie" to the family.

In 1992 they decided to move back to Petersburg to be with family and raise their three boys. Tanya adopted the Norwegian lifestyle quickly, baking Krumkake with her mother-in-law D.J. Roundtree and teaching Norwegian dance class with Heidi Lee. She was an active member of the Petersburg Emblem Club Chapter #81 taking special interest in the scholarship foundation. Tanya was also accepted into the family and heart of her dearest friend Ethelyn Lopez who adopted her into the Raven Moiety of the Tak'-dein-taan Clan. This was a great honor she held close to her heart.

Tanya worked for the State of Alaska and retired from there in 2019 after 23 years. She was a Materials Inspector with the position as "rover" which took her all over the state. She had the pleasure of working with many people who became longtime friends.

After her retirement she did what she had always wanted since the birth of her grandson, to move close to him and watch him grow. Although her time was short from then on, it was the highlight of her life.

Tanya was a kind, loving, caring woman who loved all that touched her life.

Tanya was preceded in death by her husband Patrick; son Ollie; mother Juanita; and sister Cathy.

Services will be held in the spring of 2022. Tanya was a kind, loving, caring woman who loved all that touched her life. Thank you to those who were with us during her last days. Those who cared for her and made her daily life enjoyable. Your kindness will always be remembered.