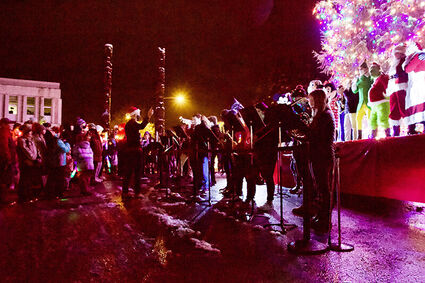 The Petersburg High School and Mitkof Middle School bands are preparing for the Petersburg School District's upcoming winter concert with a new director at the helm.

Charlie O'Brien moved from Chicago to Petersburg in November to serve as the school's band director after previous director Matt Lenhard moved to Ketchikan.

O'Brien began his musical journey in the fifth grade when he started playing the trumpet before switching to the euphonium in seventh grade. Over the years, he also learned to play the trombone and the tuba.

He received his undergraduate's degree at the University of Wiscon...