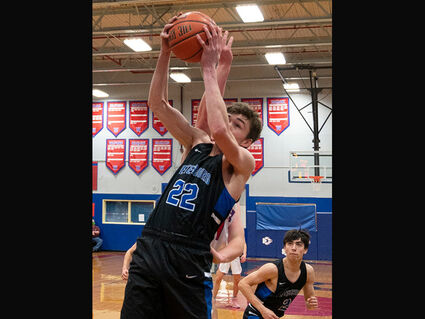 Michael Durkin rebounds the ball in the Vikings' game against Sitka.

Though the full squad did not travel because of the holidays and the wrestling state tournament, Head Coach Rick Brock believes the three matches showed the young team what they can work on and was happy with their progress.

"We were able to compete against very good teams and different styles, so we got everything out of the tournament that we wanted to going in," Brock said.

In their inaugural game, the Vikings faced 2A Glennallen, which participated in last se...