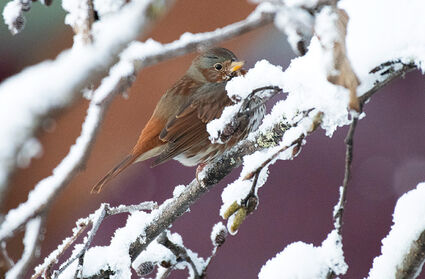 It was a smaller group of people than usual according to Brad Hunter, the coordinator of Petersburg's bird count.

Of the 23 people who participated, 10 people watched bird feeders while 13 split up to cover the group's regular routes near Hungry Point, Sandy Beach, the Beachcomber Lodge, and Blind River Rapids.

"It's a lot of fun, but beyond that it's also a very valuable pursuit to help out with research," Hunter said...