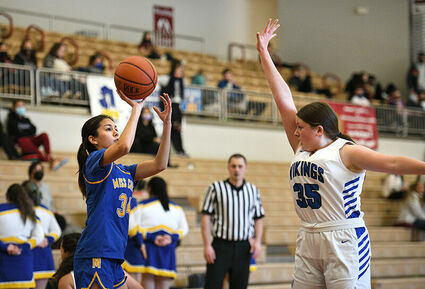 The Petersburg High School girls basketball team competed in the Clarke Cochran Tournament in Ketchikan last week to play a few more games before going up against conference teams.

Only seven students traveled to the tournament, three of whom were freshmen, because of sickness and travel, but Head Coach Dino Brock said he could see the team's development on the court in each game.

The Lady Vikings opened the tournament with a 41-36 loss to Valdez after going behind early and kicking it into gear a bit too late to grab a hold of the game.

Petersburg struggled in the third quarter, only scor...