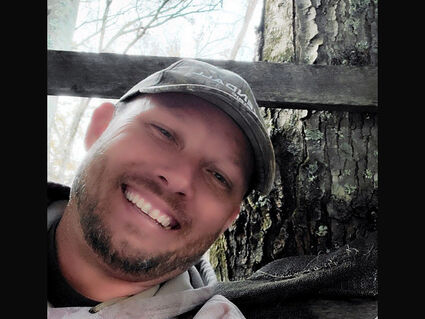 An officer at the Petersburg Police Department, who was hired on June 22, 2021 as a Police Officer II in probationary status, is no longer employed by the Petersburg Borough after an internal investigation was conducted following a complaint according to Borough Clerk Debbie Thompson, who is also the borough's human resources director.

In an interview with the Pilot, Pickle confirmed that his employment with the borough was terminated on January 3, 2022.

First reported by the Juneau Empire on January 7, Johnny Duane Pickle, using the account name J.D. Pickle, posted a Facebook comment with a picture of a child-who appears to be Pickle's son-performing a Nazi salute and wearing a mustache made of black tape resembling that of Adolf Hitler's and a caption which read "Just showed this to my son. He said that would be his dream come true. Got to raise them riech."

Pickle posted the picture and the caption as a comment on a Facebook post which showed an outline of Alaska on top of a map of Europe with the caption, "The Old Homeland vs the New."

Pickle's comment was found by a Facebook user from out of state who discovered that Pickle had listed his employer on Facebook as the Petersburg Police Department.

The screenshots were seen by the borough and later deleted, and Pickle's initial comment has since been deleted.

According to the borough, Pickle was on personal leave on December 12 and was placed on administrative leave when he returned to work on December 15 while an internal investigation was conducted.

"I had no idea until I got back here that it was an issue," Pickle said.

The borough did not provide details of the investigation, citing the Petersburg Municipal Employees Association collective bargaining agreement and because of the privacy interests of certain public employees, as established under state law.

Pickle said that he saw his post as a joke and at the time he did not give posting it a second thought.

"There was nothing, no evil will behind it," Pickle said. "Nothing malicious intended and it went south. It wasn't meant to be interpreted the way it was."

Though the Facebook page he posted his initial comment on has posts promoting white supremacy, Pickle said just because the page is posting it does not mean that he is for it.

"I'm 43 and never in my whole life have I ever been called a racist or antisemitic and I don't hold those values," Pickle said. "Being a police officer, you try to see the good in people. Everybody's got bad and everybody's got good."

"I'm regretful for doing it because of the consequences from it."

In a follow up when asked about future plans and whether his family intends to stay in Petersburg, Pickle wrote, "We're staying, my boy loves the school and has made many friends. My wife really likes her job and has made friends also. I have a couple jobs in the works."