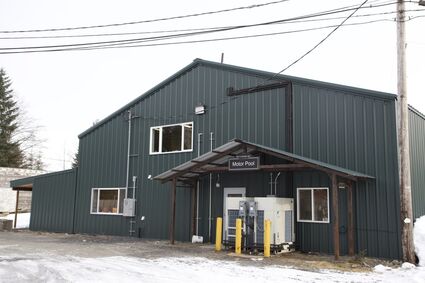 A sign welcoming people to the newly improved motor pool shop hangs outside the completed building.

Two and a half years after a fire damaged the motor pool shop at Public Works, the project to restore the facility has reached final completion according to Public Works Director Chris Cotta.

The last items are still being moved into the new shop, but Public Works is now able to use the building as intended.

The cause of the fire on August 19, 2019 was never conclusively decided.

The forensic fire investigator from the borough's insurance company believed it was caused by a faulty extension cord but the borough and state fire marshals believed the cause of the fire could not be determined....