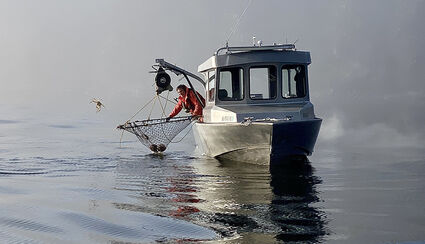 Adam Swanson hauls in a Tanner crab ring net in the Wrangell Narrows as a clear sky tries to burn off Monday's fog.

The Alaska Department of Fish and Game announced the start of the 2022 Southeast Alaska commercial Tanner crab fishery which opened on February 11 at noon after registration for the season closed.

All three areas are open at the beginning of the season, but most of the effort is concentrated in the core ar...