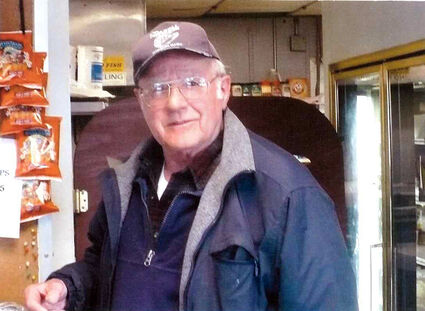 Lifelong Petersburg resident, fisherman, educator, and line cook, Roy Otness passed away at age 93 Monday, February 14th at Mountain View Manor. The 5th of 6 children, Roy was born in his parent's home on Front Street (N. Nordic Dr.) on July 29th, 1928 along with his twin brother, Ralph. Roy was born second and when he arrived, he wasn't breathing. The doctor told the nurse to "Just leave him. This poor woman has enough children!" but the nurse disobeyed the doctor and gave him mouth to mouth resuscitation, and so began his 93 year journey through life.

When Roy and Ralph started school, Norwegian was still being spoken at home and they actually had to repeat First Grade while they learned to speak English. Roy did well in school though, and was active in many school activities such as Drama, Band and Student Government and he eventually became Class President as well as the ASB President for Petersburg High School which he graduated from in 1947.

Like many local boys at the time, Roy, along with his brothers fished for halibut and salmon on his father's boat, the Marion. When he and Ralph were 17, Emmy Martens on the Lorelei was on his way north to fish halibut when he had a couple of guys quit the boat in Ketchikan. Someone told him about a couple of young guys in Petersburg who were pretty good men on deck and they could cook, too! They both signed on when the boat got to Petersburg and so began Roy's long career fishing Westward on numerous well known Seattle boats such as the Lorelei II, the Resolute and the Celtic. In his later years, Roy chose to fish closer to home and fished on many Petersburg boats such as the Middleton, the Balder, the Spencer II, the Seanna, the Johnny L, the Dorothy Jean, the Commander, the Hungry Raven, and the Aleutian Spirit. In total, Roy fished on over 27 boats throughout his long career and was well known as a stabilizing figure on deck and one of the best boat cooks in the fleet!

After graduating from high school Roy spent several years fishing in Alaska during the summer, a bit of tuna fishing off the Oregon coast in the fall, and hanging out in Seattle during the winter where he frequently enjoyed dances at the Swedish Club. Eventually, though, he got the call from Uncle Sam to join the US Army and was stationed at Fort Richardson in Anchorage along with his good buddies, Arvid Norheim and Gene Sheldon. Roy was eventually promoted to sergeant but Arvid and Gene made sure it never went to his head. Roy was honorably discharged in December, 1952. His captain at the time tried to convince him to go down to Kenai where they were giving away 40 acres to anyone willing to homestead, but he only wanted to return home to Petersburg.

Not long after his return to Petersburg, Roy attended a Christmas dance at the Sons of Norway where he noticed a young nurse named Arlene Williams who was new to town. She had been brought to the dance by a young Coast Guard guy but by the end of the evening Roy was sure she was someone he wanted to get to know a lot better and he told her date: "I'm sorry, but the Army is moving in!" Roy and Arlene were married the following March and were together over 50 years until her passing in December of 2010.

After their marriage Roy and Arlene spent several years in Petersburg where Arlene worked at the hospital and Roy fished during the summer and worked as a cook at Winnie's Café during the winter. Eventually they decided he needed something besides fishing to fall back on and he was still eligible for the GI Bill, so they moved to Seattle where he went to the Edison Technical School to study small appliance repair. Eventually though, he decided to pursue a degree in Education and enrolled at Western Washington State College. It was during his time at Western that Roy's son, Jeff was born in 1957. Roy graduated from Western with a Bachelor of Arts in Education in the Spring of 1959.

Roy's ultimate goal was to move back home to teach in Petersburg but there weren't any openings so his first teaching job was at Rose Hill Elementary in Mukilteo, WA. For the next several years, Roy taught 6th grade at Rose Hill and spent summers fishing out West on the Resolute. Finally, in 1962 a position opened at Petersburg Elementary for a 6th grade teacher and Roy, Arlene and Jeff drove to Prince Rupert where they boarded the brand new Alaska State Ferry Taku and sailed to Petersburg. They would be joined in 1967 by daughter Diane.

Roy spent the next 30 years teaching 6th grade at Petersburg Elementary, and later at Petersburg Middle School. For many students, "Mr. Otness" was their first male teacher and he had a reputation of being stern, but fair. He was a natural educator and had a way of bringing out the best in his students. He was also well known for his infamous, but seldom used "Board of Education" which contained the signatures of a number of well-known local names! By the end of his long career, he was teaching the children of his former students and many have said: "Mr. Otness was my all-time favorite teacher!" 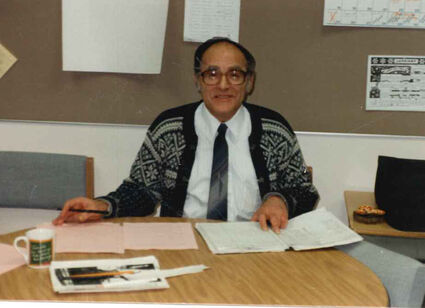 After retiring from teaching, Roy spent a few more years fishing during the summers but sort of found a second career as a volunteer cook at Coastal Cold Storage. Between fishing and his retirement, he didn't really need a pay check but he did need something to do every day so he became the morning cook at Coastal where he went in early every morning and fired up the grill and made the daily soups and the cinnamon rolls. Then he went home for the day.

Roy had a long and productive life and his quick wit and pleasant personality will be dearly missed by his family and friends and the many students who passed through his classroom. He was proceeded in death by his wife, Arlene, his parents, Oscar and Rikka Otness, and his siblings, Odlaug Swartz, Margaret Barnard, Nels Otness, Ralph Otness and June Vick. He is survived by his son, Jeff (Dee) Otness, daughter, Diane Otness (Greg Birchell), grandchildren Kristin Otness-Dell (Carl), Sarah Otness and Nicholas Otness as well as numerous nieces and nephews. Services are planned for a later date at which time an announcement will be made.