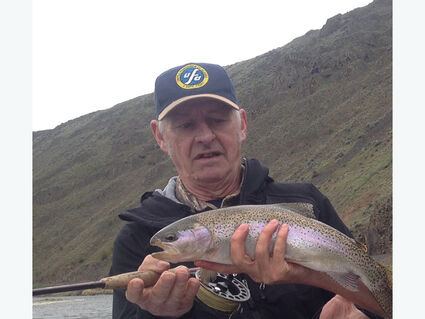 David Roy Lyons died peacefully at his home in Sitka on February 28, 2022 after a long battle with cancer. He will be laid to rest on Wednesday, March 2, at Sitka National Cemetery in a private service. He was attended at the time of his death by his wife and dear friends and crew members Suzanne Fuqua and Jeff Robinson of Petersburg.

After graduating from Petersburg High School, David served in the Army for three years as a radioman stationed in Puerto Rico. He attended UAS Fairbanks but returned home before graduating to care for his mother in Petersburg. He worked at Icicle Seafoods and bought his first boat, the Aud, from his friend Ralph Guthrie. David next owned the F/V U and I, and became a member of the Seafood Producers Co-op in 1973. Taking advantage of the State of Alaska Revolving Loan Fund he had the F/V Kraken built at the Sunnfjord yard in Washington in 1978 and made his last delivery to the Sitka plant in August of 2019.

He was a true "Gentleman Fisherman", an expert gunsmith, a fly fisherman, and took great delight in his garden. He will be greatly missed. The family gives their heartfelt thanks for the many prayers that have been offered on his behalf. Donations in his memory may be made to the Alaska Trollers Association, http://www.aktrollers.org.