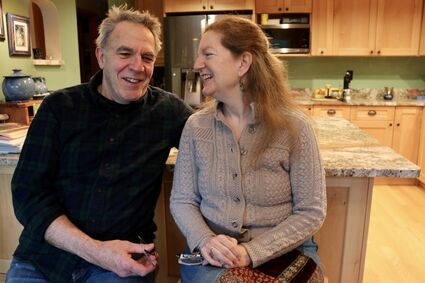 Nicole McMurren and her husband, Alec, sit in their kitchen and reminisce about their first date at the local movie theater.

St. Patty's Day used to be the perfect excuse for Nicole McMurren to get "bombed," almost as if her Irish heritage was a license to tie one on. She'd have a "bump" before the parade, then after it was over, and singing at Longterm Care had concluded, it was time to head for Harbor Bar and into the night's festivities.

But this year, McMurren will be celebrating the leprechaun-loving holiday the same as she's done for the last decade-without beer or whisky.

"For me, a really good choice was just putting down the alcohol and keeping it out of my hand," McMurren says. "I hate to say it, but...