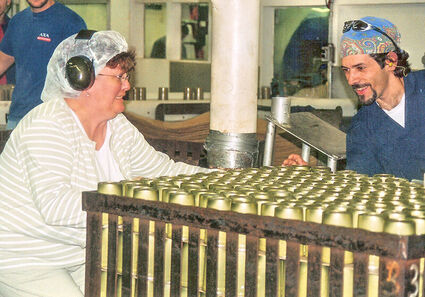 Lori Roberts celebrated her last day of work at OBI Seafoods on December 10 after a 42 year career which saw her work in pretty much every spot in the plant.

Roberts began with what was then Petersburg Fisheries in 1974 after being talked into coming up to Petersburg by a few friends.

She attended Highline Community College in Washington and worked at the plant during the summers until she eventually decided to stick around.

"I was downstairs for 16 years," Roberts said. "I did herring, I did crab, I did fish house, all that cannery, all that beach crew, all that, I've almost worked every p...