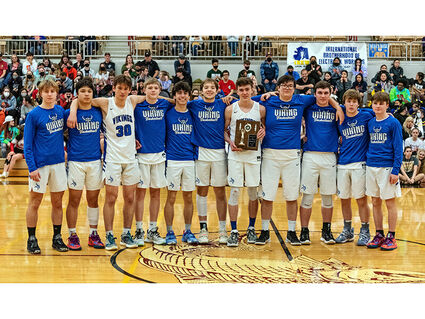 Though the Vikings lost in the regional championship game to the Metlakatla Chiefs, they regrouped and reset to earn their spot in the state tournament in last Saturday's rivalry matchup.

"I just think our guys showed a lot of grit and they just battled," Head Coach Rick Brock said.

"I've said that a trait of our team is that we're never going to give up."

Petersburg played Wrangell for the first time in the tournament...