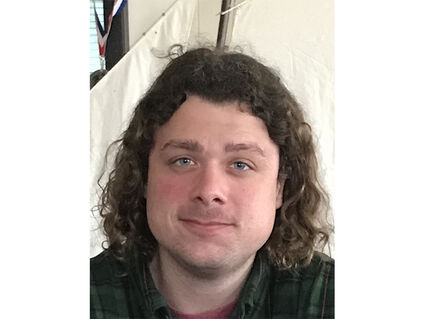 Thomas Andrew (Tommie) Willis, age 31, of Juneau, Alaska passed away unexpectedly on Monday, March 1, 2022. Born in Juneau, Alaska on October 25, 1990, Tommie was raised in Petersburg before moving to Columbia, Missouri. He returned to Juneau during high school.

Tommie was a state champion swimmer with his beloved Viking Swim Club. His relay team still holds the state record. He was an active boy scout, gifted and talented student, enjoyed playing drums, attended Petersburg Presbyterian Church, and had no greater love than being outdoors on the water. A very spiritual person, Tommie was also a student of the teachings of Babaji, an Ananda certified yoga and meditation instructor, attended the University of Alaska SE, and programmed much of the music heard on KBJZ, 94.1FM in Juneau. He had an interest in just about everything and a yearning to always learn more and continue traveling the world.

Tommie was a friend to all and loved by all those who knew him. He was good-natured, kind, generous, hard-working, and motivated; a friend that was true and loyal. He had a wonderful sense of humor and his blue eyes sparkled with his infectious laugh. His big, gentle soul shined through in his love of people and animals. He never shied away from showing his physical love and affection, with hugs and kind words. He would selflessly give his last dollar to anyone he thought needed it and would help someone without being asked.

His love of commercial fishing took him to locations all along the West Coast. In his own words, he "loved and respected the ocean and often witnessed the fathomless love of Mother Nature as well as the unpredictable and unforgiving aspects." He liked to say that the ocean is Mother God and the fisherman are her children.

Tommie was the sun, the moon, and everything in between to his mother, Amy Miller and father, Tom Willis of Juneau. He is survived by his aunt and uncle, Susan and Jeff Erickson of Petersburg, Alaska; aunt and uncle, Martha and Peter Boudreau of Annapolis, Maryland; his uncle, Andy Miller; Grandma and Grandpa, Mary Lou and Bill Miller of Detroit, Michigan. Tommie leaves behind his beloved cousins, Skipper, Britton, Wesley, and Anna Erickson; Madeleine and Louise Boudreau; and his half-brothers, Cory and Chad Willis. He was preceded in death by his aunt, Mary Ann Erickson of Everett, Washington. Contributions in Tommie's name can be made to JAMHI Health and Wellness, Juneau, Alaska or to the Petersburg Public Library.