Correction: pod not so super 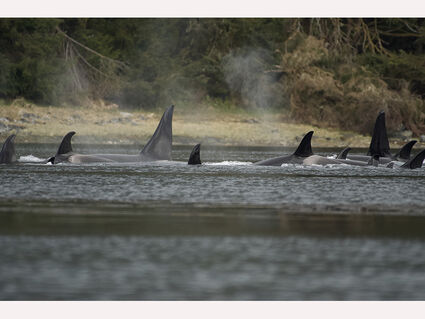 After hearing from local marine biologist Stephanie Hayes, the Pilot wants to make a correction to the headline that ran with last week's orca photos. That pod of resident killer whales was, in fact, not a "superpod." While a pod of 25 whales is unusual to see in the Wrangell Narrows, it falls short of being classified as a superpod. According to Hayes, in August of 2019 there was what could accurately be called a superpod in Frederick Sound, and that congregation of orcas numbered in the hundreds.