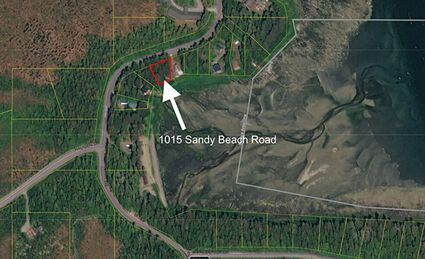 This map shows the property lines of 1015 Sandy Beach Road.

Two Sandy Beach Road properties owned by the Petersburg Borough were sold in a public outcry auction at the start of Monday's assembly meeting.

Inside the packed assembly chambers, 700 and 1015 Sandy Beach Road were sold in two separate auctions for a combined $407,500, which was $162,000 more than the combined assessed value of the properties.

The auction for the 84,942-square-foot property at 700 Sandy Beach was held first.

Three bidders took part in the lengthy public auction and Tanya Somerville wo...