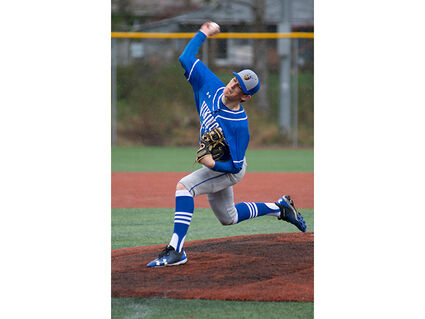 The Petersburg High School baseball team is looking to bounce back in their final home series this weekend after taking three losses against Sitka last weekend.

The first game on Friday saw the largest loss for the Vikings with an 11-1 score line, but Head Coach Jim Engell said it could have been a lot closer.

Lathum Johnson started on the mound for the Vikings and was playing well until he reaggravated an abrasion on his hip by diving back to first base on a pickoff move.

Though Petersburg was only behind 2-1 going into the fifth inning, the injury caused Johnson to lose command of the bal...