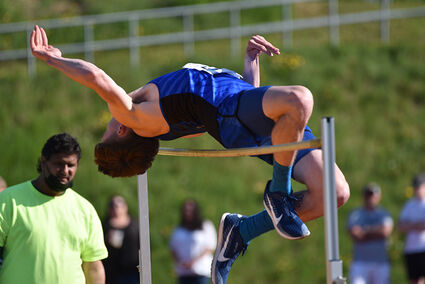 Michael Durkin arches his back and kicks his legs to narrowly glide over the bar during the high jump.

Head Coach James Valentine said his team was better equipped at handling the heat than at the regional tournament and spoke highly of their performance.

"The whole team in general, I thought, looked better than they did when they were at regions because the pressure was off, they had more fun doing it, and the atmosphere of state was just much more exciting, so it was really fun to watch as a coach," Va...