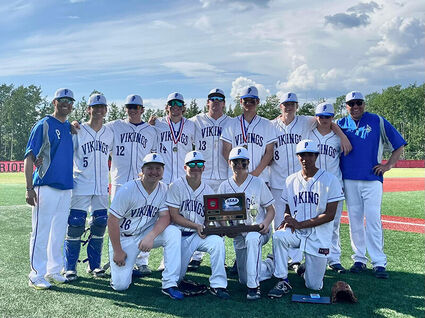 The Petersburg High School baseball team far exceeded their expectations in the ASAA Division II state championships last weekend in Wasilla, winning their first two games and finishing their season within reach of the state championship.

Though the team finished one step from glory, they can take pride in earning their first ever win in the Division II tournament and marking the first time Petersburg baseball has competed in the championship game.