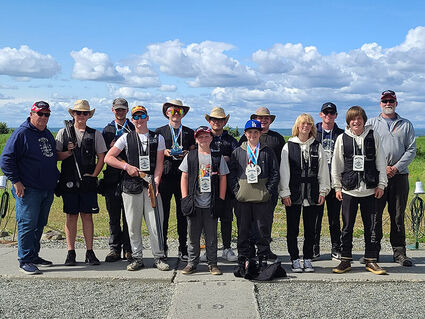 11 shooters from Petersburg attended the four day long competition at the Birchwood Shooting Park which saw 115 students from across the state take part.

They competed in all seven styles of shooting featured at the competition and also got the chance to socialize with shooters from other communities.

"We are continuing to build our program and it is going strong and it shows when we go up to tournaments," Board Member and Vice President Becky Turland said.

Cayden Turland got the hi...