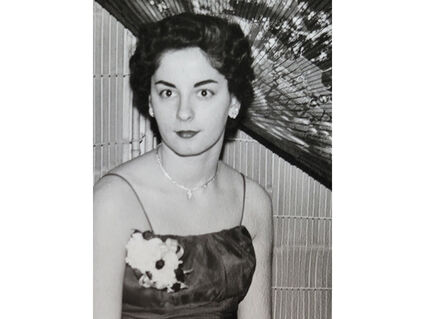 Sandy Ellis passed away peacefully at her home in Petersburg on Friday, May 13, 2022 with her children by her side after a short second battle with cancer. Last year she was treated by Southeast Radiation and Oncology Center in Juneau. Upon finding that the cancer had recently returned and was terminal, she was treated by staff at Petersburg Medical Center and the Home Health and Hospice Program. The gentle and thoughtful care in her last few days, as well as the support shown to family members, was immensely appreciated.

In 1966, as a young mother, she moved with her infant daughter Laura to Kodiak, Alaska to join her husband who was working for the Alaska Department of Fish and Game. On December 10, 1968 she gave birth to her son, Andrew Edfelt, at Kodiak Hospital. November 1, 1970, she moved with her family to Juneau, Alaska. Sandy and Larry divorced in 1974, and she remained in Juneau where she worked for the State of Alaska, and later for Southeast Motors as a bookkeeper. She met Rodney Ellis on a trip to Petersburg and later married him in 1980. They moved with the children to Petersburg in fall of 1982.

Sandy was known for her feisty, but humorous demeanor and she loved living in Petersburg, making many friends during her 40 years here. For many years Sandy was an active member of and held several offices in the Women of the Moose.

Sandy loved watching high school sports and local Little League Games. She enjoyed supporting the kids in any way she could. She spent countless hours in the high school gym watching the wrestling team and even more at the ball field watching Little League and the local softball teams in tournaments. She loved being a part of the action as head cheerleader and being known as just plain "Grandma Sandy" to the boys from Petersburg and Wrangell who she housed during the years when they had a combined all-star team. Probably one of her favorite moments was walking down the street many years later and hearing "Hi Grandma Sandy!!!," then glancing back and seeing a young man from Wrangell who had been to her house many times for baseball.

Those who knew her know she loved football most of all, especially the University of Washington Huskies and her beloved Seattle Seahawks. A huge fan, she was able to attend several games over the years at Husky Stadium, the Kingdome, and Century Link Field.

Left to remember her are her daughter Laura Edfelt, her son Andrew Edfelt (Grazel), her step-son Rod Ellis; grandchildren Kristian Edfelt, Katie Edfelt, Jessica Owens, Brandi Edfelt, and Amy Ellis; and great-granddaughter, Lucy Edfelt. Also left to remember her are her sister Carol Calderon and husband, and her nephew Daniel Calderon (Michelle), and their children Sara and Jordan. Sandy was preceded in death by her parents, Hugh and Margaret Johnston, and her beloved "goodest girl" best friend Holly Bean the chocolate labrador.

In lieu of flowers, the family requests that donations be directed to Petersburg Humane Society in her name. A celebration of life will be conducted in Petersburg at a future date.