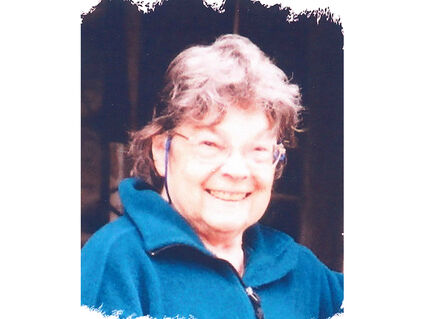 Dorothy Jane (Henderson) Roundtree was an only child. She was born August 15, 1924 in Vallejo, California to Jesse Fear Henderson and Fannie Jane (Whitaker) Henderson. After graduating high school in Vallejo, she attended San Jose State University where she earned a master's degree in education.

D.J. headed to Alaska in 1949 to start her teaching career and ended up in Petersburg, where she met her perfect man, Claude Lyle Roundtree, Jr. (Lyle). Lyle and D.J. were married on October 5, 1952. A year later they were blessed by the birth of their first child, Dana Jane, then, in 1956, by a son, Patrick Lyle, and again by another son, Dean Arther, in 1964.

After teaching several different grade levels, D.J. found a home teaching the third grade. Her students were DJR's "Third Grade Owls". She taught the third grade for many years and finally retired in 1985.

Enjoying their retirement, D.J. and Lyle traveled all over the lower 48 visiting family and friends, returning to Petersburg to spend the summers at the Roundtree family cabin in Beechers Pass. They kept busy fishing for cohos, digging for old bottles (a favorite pastime), and just enjoying the solitude of the Alaskan wilderness.

After Lyle passed away in 1991, D.J. traveled the world with her good friend Darlene Conn and spent a lot of time with her grandchildren and great grandchildren. She had many great stories about her life that she shared with family and friends. D.J. loved to read and, as long as she had a book to read, she was happy anywhere.

D.J. passed away on April 20, 2022 at the Mountain View Manor, where she had lived comfortably since 2003. She was preceded in death by her parents, Jesse and Fannie Jane Henderson; husband, Lyle Roundtree; son, Patrick Roundtree; grandson, Oliver Roundtree; and daughter-in-law, Tanya Roundtree.

A memorial church service will be held on August 15 at 1 pm in the Presbyterian Church. And a Celebration of Life will take place from 2 to 4 pm on August 15th at the Mountain View Manor Social Hall.

In lieu of flowers or gifts, please make donations in D.J.'s name to our local EMS providers.