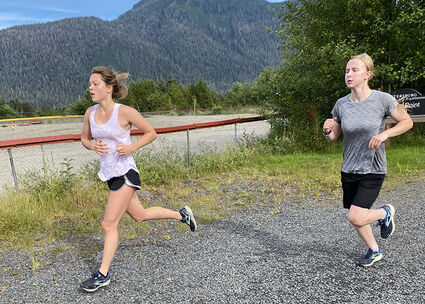 The Petersburg High School cross country team has been hard at work training for the past two weeks in preparation for the fall season.

After racing in the state championships last year, the students are hungry to return to the highest level of the competition.

Head Coach Tom Thompson, who just returned to Petersburg from competing in the Ironman Alaska

race in Juneau where he finished sixth in his age group, said it looks like this

season will feature a younger team.

The Vikings lost a strong senior class, which included state champion Uriah Lucas, and there are still some students out f...