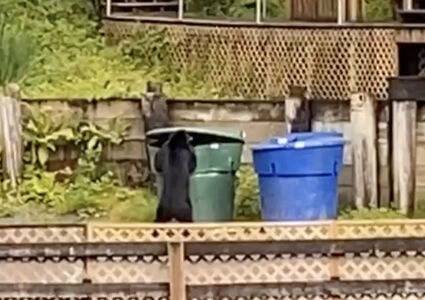 Bear sightings are continuing to rise as they frequent the streets of Petersburg in search of garbage.

"To try and get the bear issue to drop before school starts we started issuing citations enforcing the new garbage ordinance," Kerr said.

The ordinance, which was approved by the assembly after a high number of bear sightings last fall, requires residents to make a "reasonable effort...