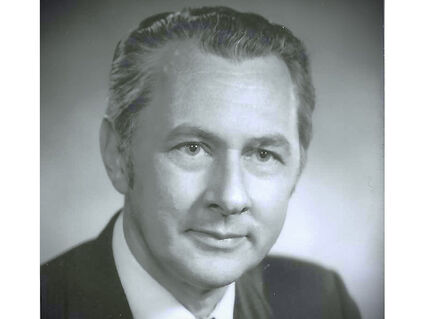 Leif Wikan was born in Petersburg, Alaska on March 9, 1931 to Olaf and Mette Wikan. His parents immigrated to the U.S. from Norway in the 1920s. His father was a commercial fisherman. Leif passed away peacefully on August 8, 2022.

In the Fall 1949, Leif entered Washington State University where he was a member of Phi Sigma Kappa fraternity. He returned to Petersburg every summer to work as a commercial fisherman to pay for his education and graduated in 1954 with a degree in Hotel Administration.

After college, Leif was drafted and served in the Army. He was stationed in Germany, and while there he visited nine countries. His military service ended in 1956. He returned to Seattle and began his career with Westin Hotels. He worked for Westin for 25 years. His travels with Westin took him to all 50 states, Canada, Mexico, Europe and Asia. While working at Westin he made many lifelong friends.

In 1957, he married Mary Varnes. In 1963 they moved to Bellevue and in 1966 their daughter Marie was born, and in 1968 their son Lawrence (Larry) joined the family. Leif and Mary raised their family in Clyde Hill. Mary passed away in 1999.

One of Leif's life goals was to take a trip around the world, which he was able to do in 1975. His trip took him to Tokyo, Hong Kong, Bangkok, Tashkent (then Russia), Copenhagen, Oslo, London and then "over the pole" back to Seattle.

After his retirement, Leif took more time to travel. He lived on his own in Bellevue until age 80, when he moved into a retirement home where he made more friends and was very active in his community. He enjoyed playing bridge, writing for the community newsletter, and many other activities throughout his years there.

No flowers please. Donations may be made to the Lutheran Church at 3030 Bellevue Way, Bellevue, WA 98004.