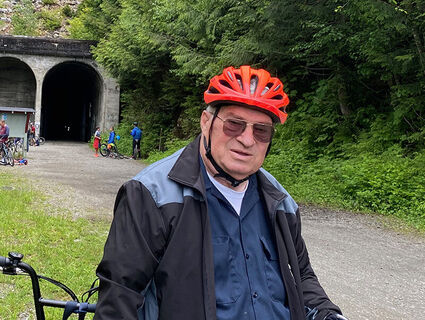 Norman Bailey passed away on September 1, 2022 under hospice care at Liberty Shores-Harbor House in Poulsbo, Washington. A kind-hearted man who brightened the lives of everyone who knew him, Norm died peacefully with his wife Denise at his side.

Norman Edward Bailey was born on October 8, 1947 in Petersburg, Alaska to Ann and Warren Bailey. He was the fourth of their five children. Following a childhood spent in and around Mitkof Island, he graduated from Petersburg High School in 1965. After attending Montana State University, Norm was drafted into the U.S. Army and served in Vietnam. Upon his discharge in 1971, he settled in Western Washington, where he lived the rest of his life. In 1985, he and Denise Ryan were married and put down roots in Denise's hometown of Poulsbo, Washington.

Norm worked in various jobs, including commercial fisherman, policeman, skilled carpenter and builder. He also went back to school and graduated from the University of Puget Sound in 1976. In 1987, Norm began working at the Puget Sound Naval Shipyard, first as an apprentice, then as a mechanic and foreman, before finally retiring from PSNS as a general foreman in 2003. In his retirement, Norm and Denise enjoyed traveling on their boat, the Mitkof Isle, to visit family and friends in Washington, Alaska, and British Columbia. They also flew around the world to visit their far-flung children and grandchildren.

Norm was preceded in death by his parents, Ann and Warren Bailey; sisters, Lynn Cadle and Norma Jean Bailey; and brother, Warren Bailey.

A public memorial service will be held at the Poulsbo Sons of Norway on September 19, 2022 at 10:30 a.m. The family requests no flowers or other donations.