Ballots being reprinted after Roberge left off, re-voting available 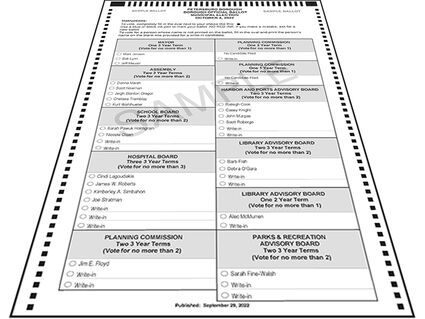 The borough is reprinting the ballots for this year's municipal election after Scott Roberge's name was erroneously left off according to a public notice released by the borough Tuesday.

In the public notice it states that Roberge's name was "inadvertently omitted" during the initial preparation of the ballot but has now been included.

Roberge is running for one of the two seats on the Harbor and Ports Advisory Board along with Raliegh Cook, Casey Knight, and John Murgas.

He had registered for candidacy before the end of the filing window, which closed on Aug. 23 at 4:30 p.m., meaning he sh...