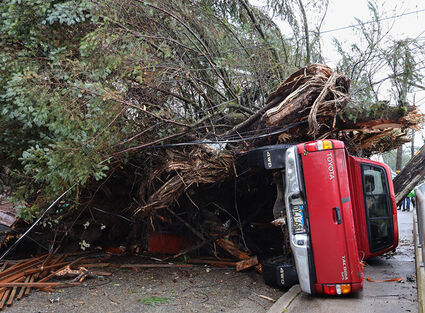 A tree and landslide debris lie across Gastineau Avenue after falling between two homes and crushing a vehicle in downtown Juneau, Alaska, Tuesday, Sept. 27, 2022. Firefighters and police on Monday evening closed the street to traffic and evacuated nearby homes.

Of the three homes, one was completely destroyed as it came down the mountain and slammed into a second home, which was significantly damaged but remains sta...