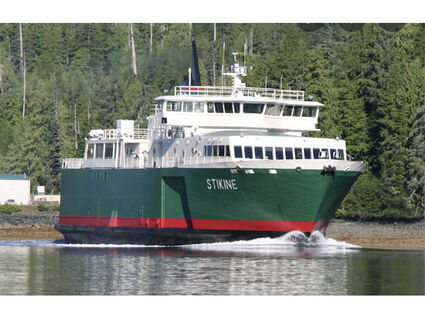 The Petersburg Borough Assembly voted unanimously to send a letter to the Wrangell Borough Assembly seeking to open a discussion on the possible expansion of the Inter-Island Ferry Authority (IFA) to serve the two communities.

The IFA currently runs between Hollis and Ketchikan daily and is composed of two ships-the M/V Stikine and the M/V Prince of Wales.

The letter comes after former Gov. Frank Murkowski visited Petersburg on Sept. 22 to discuss the current state of transportation in Southeast and his ideas to improve it which included the ferry extension.