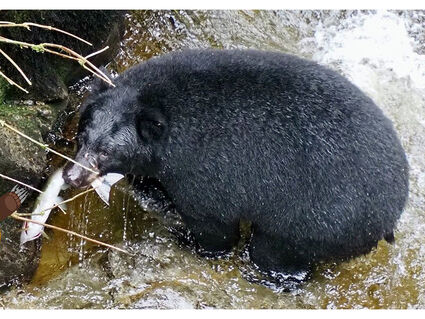 Although "Unnamed Fat Bear" was crowned as the fattest bear for the Anan Bear Awards, Tory Houser of the Forest Service in Wrangell said staff all refer to the black bear as Circle Bear due to its round shape.

From the chilliest to the chunkiest, the inaugural Anan Bear Awards were posted via Facebook from Oct. 3 to Oct. 7, honoring nine bears for their unique personalities.

Paul Robbins, public affairs officer for the Tongass National Forest, said the awards are modeled after the Katmai National Park and Preserve's Fat Bear Week held at the same time. In that event, National Park Service rangers put the bears' names into brackets like March Madness, and the public votes for the...