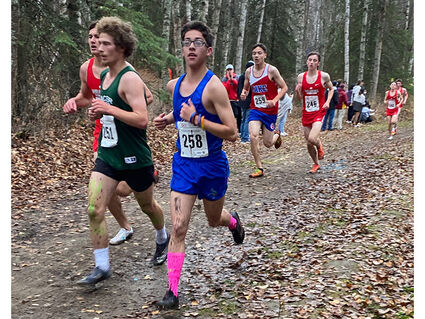 The Petersburg High School cross country team had a flying finish to their season at the ASAA Division 3 State Championships last Saturday.

Though there was rain throughout the night before the race, which left muddy holes along the hilly course, Coach Tom Thompson said the weather cleared up around Bartlett High School by its start to make for a good run.

The Vikings only took two boys up to the race, preventing them from competing as a team, and Wrangell ultimately won the boys race, scoring 22 points.

Petersburg's Daniel Aspery finished second overall with a time of 17:36 after hanging b...