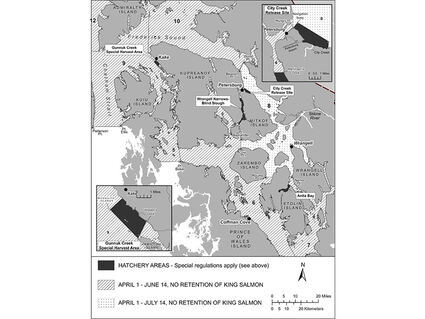 The City Creek king salmon release site will close after a decision was made by the Alaska Department of Fish and Game and the Southern Southeast Regional Aquaculture Association (SSRAA).

The decision to close the release site comes as a result of a combination of factors according to sources from the two organizations.

The City Creek release site was a collaboration between Fish and Game and the SSRAA which utilized funding from the Pacific Salmon Treaty mitigation funds and saw its first release in 2014 according to Patrick Fowler, the Southeast Alaska Management Coordinator with Fish and...