Wrestling levels up in Sitka 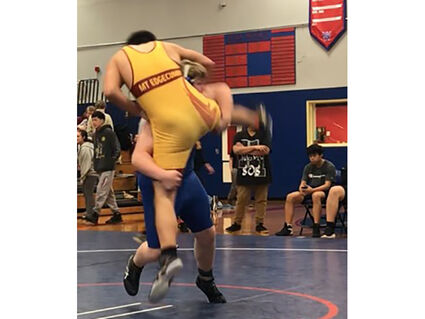 Angus Olsen lifts up his opponent in Sitka.

The Petersburg High School wrestling team headed to Sitka last weekend for a two-day tournament which gave the Vikings a good look against many of their regional opponents.

Though not every school that attended brought their full team, each student still got about five matches to help build their experience, which Coach James Valentine said was the most important thing.

"It was awesome because we saw schools that their program has been gone for the last couple years," Valentine said.

Petersburg almost did not travel to the tournament because of weather concerns, but with five Vikings reachi...