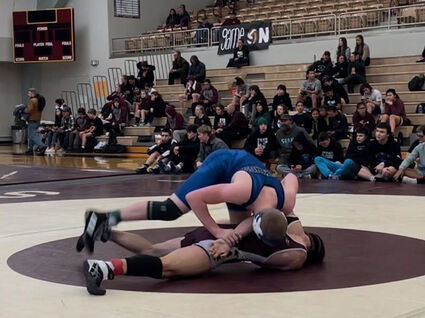 The Petersburg High School wrestling team competed in the Bill Weiss Tournament in Ketchikan last weekend with five Vikings placing in the top three in their respective brackets.

Though some schools had been impacted by illness, Coach James Valentine reported that the tournament, which is usually the biggest wrestling competition in Southeast, still had a great turnout with over 100 students in attendance.

The Vikings brought six students who competed in a round robin on Friday and in tournaments on Saturday.

DD Toyomura, Markus Anderson, and Kaden Duke continued to build off their previous...