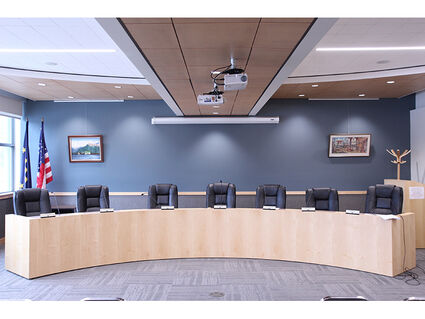 During its meeting on Monday, the Petersburg Borough Assembly voted in favor of sending a letter supporting an Alaska Airlines proposal to continue providing Essential Air Service to Southeast communities through April 2025.

The vote was 6-0 with Assembly Member Dave Kensinger excused.

The assembly's letter highlights Alaska Airlines' ability to connect Petersburg with major hubs like Seattle and Anchorage, the reliability of flights during inclement weather, and the service's economic importance to the community.

Alaska Airlines sent its proposal to the U.S. Department of Transportation's...